I have been a music writer for many years. Most recently I was a writer for the Live Nation Property Insomniac which holds some of the largest electronic music festivals in the country. Before that I was the music editor for BPM Magazine/DJMixed.com, (better info about the founders here) a writer for local San Diego club mag Where@ in the late 90s and I was a feature writer and music reviewer for RE:UP magazine in the early 2000s. Re-Up Magazine Issue 12 Digital Booklet (feature on Carlos Niño on page 30  and a music review for Zero DB on page 90.)

Read some text feature samples at the top and music reviews down below.

Does Your Mama Know for Insomniac 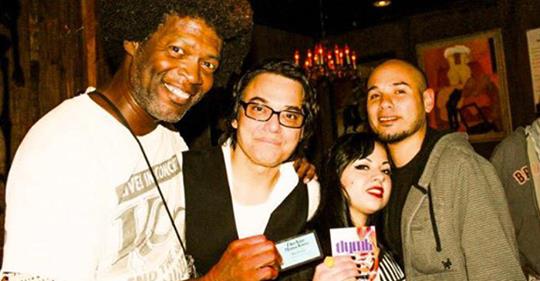 This is a feature I wrote about the legendary LA after-hours club Does Your Mama Know. Read all about how Missy Eliott grabbed my crotch in the booth while I was playing there. There are also stories of Grace Jones and the scandalous local LA news trying to get in.